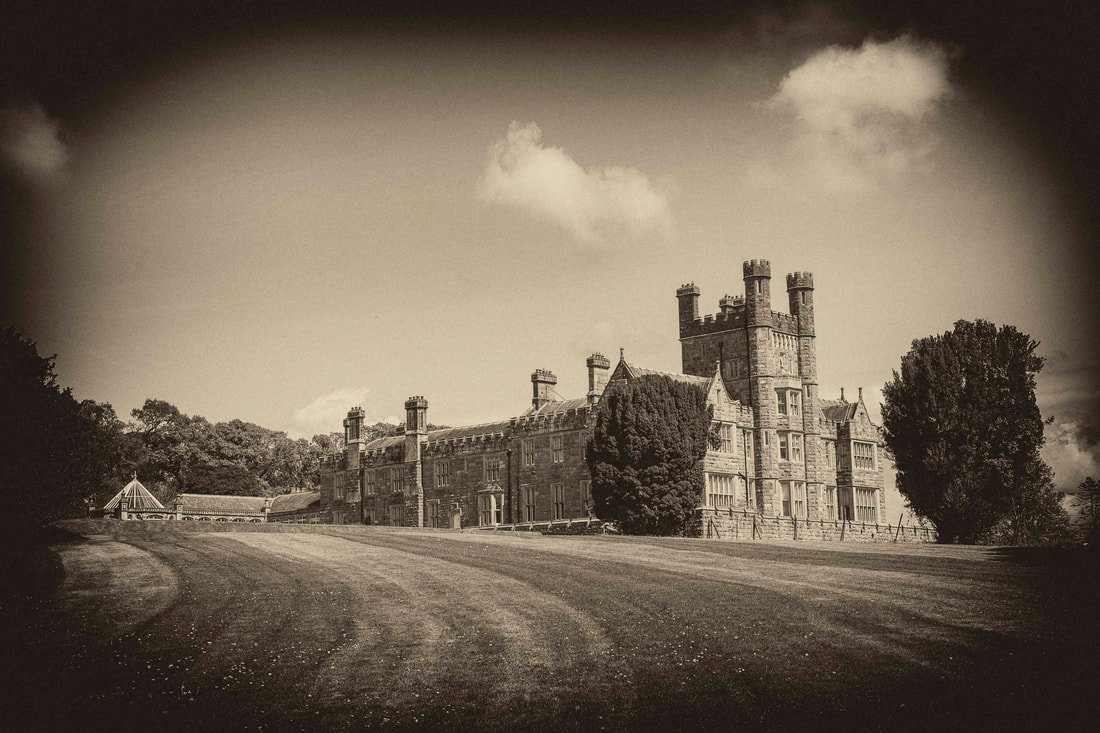 Crom Castle is situated on the shores of the Upper Lough Erne in County Fermanagh, Northern Ireland, and set within a 1,900-acre estate. The castle is built of grey stone with the main part of the building and wings being over two floors. The entrance is a battlemented tower with smaller towers to one side alike to Castle Saunderson in Co. Cavan (Castle NO. 1). The castle has formal gardens which reach out to the estate and parkland beyond.

The ruins of Old Crom Castle can be found within the estate although now only part of the original walls, two towers and a ha-ha remain. There are also two of the oldest yew trees in Ireland inside the Old Castle grounds, believed to be over 800 years old.

The castle's boathouse was built on the shore of Lough Erne below the main castle. As mentioned the castle was originally designed by Blore but was damaged by fire in 1841 and subsequently rebuilt by George Sudden including the boathouse. The boathouse is in a Tudor style, with graceful arches at ground level, and a fine window on the upstairs room overlooking a terrace and the lake.[6] Before modern roads and motor vehicles, one of the most common ways to travel in County Fermanagh was by boat on Lough Erne. Crom's boathouse, therefore, was an important asset, often where guests would arrive and make their way from the lough shore to the castle. For a time, it was the home of Erne Yacht Club. Today, the boathouse is empty and unused, with the jetty still in use by the Earl of Erne for his boats.