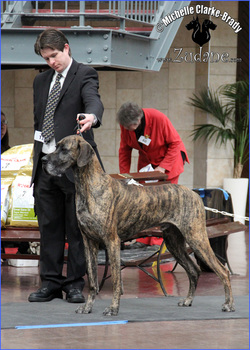 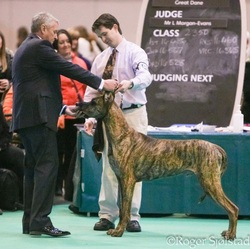 Zion won a Reserve Placing in his Post Grad Class of Crufts 2013 for the second year in a row (class of 14)! under UK Breed Specialist, Mr Laurence Morgan-Evans. 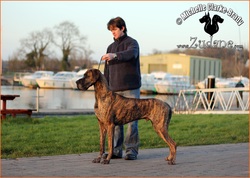 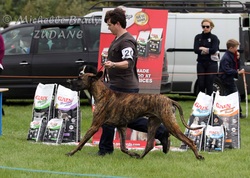 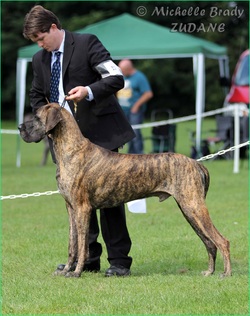 Although lightly shown in 2012, Zion has been consistantly very well placed in Championship Shows in both Ireland and the UK, which we're very proud of. He got  Res in a class of 11 and 3rd in Open Brindle in the Pennine Great Dane Club Ch Show in Darlington, England on 12 August 2012. 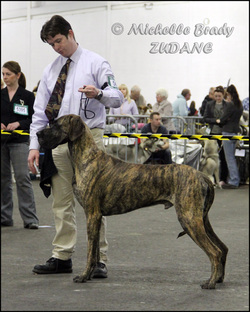 Zion gets 2nd in his class in SKC, Scotland. 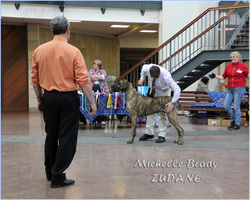 This was a big win for Declan & Zion which took Declan quite by surprise!!!!! 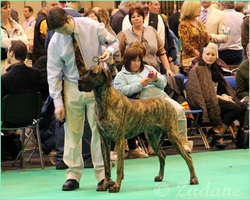 A lifelong ambition realised when Zion won the Reserve in his Mid Limit Class in CRUFTS 2012 under Breed Specialist Mrs Frances Krall (UK). We had dreamed about qualifying & showing in Crufts but to win a place was a dream come true!
Following his BIS Judging appointment in Crufts 2012, Zion was judged by Mr Frank Kane (UK) in Our Club 'Dane Of The Year' Event where he was 3rd Best Brindle in Show. 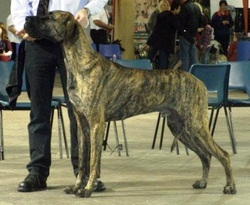 Zion, in the UK Champ Show held in Belfast achieved his UK Stud Book No & a Lifetime Qualification to CRUFTS with a 3rd in Limit Class at just 18 months old. 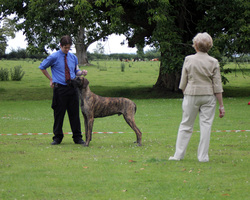 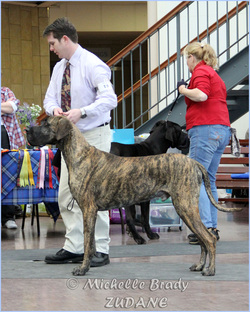